7 Differences In A Guyâ€™s Life Before Marriage Vs. After Marriage. 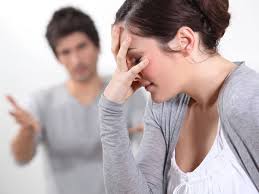 Marriage is a strange institution men decide to get into without thinking about the aftermath. Why? Because men are foolish! They choose a girl, fall in love with her, marry her and before they know it, they are quietly and unknowingly domesticated as a pet dog. It doesnâ€™t matter if he was/is at the top of the food chain financially or socially; when it comes to the wife, he is nothing more than a chicken. So here it is. The 7 differences in a guyâ€™s life Before Marriage Vs. After Marriage.

6. Love life Before Marriage -After Marriage.

Level of excitement: Too tired.

Frequency: Whenever the wife doesnâ€™t have a headache.

Verdict: She has a headache from past 6 months (forgot marriage anniversary).

What a guy can do: Whatever he wants to do.

When he can do: Whenever he wants to do it.