EVERYTHING THAT Deepika Padukones #DobaraPoocho Plan Turns into Wrong About Depression

My timeline on Twitter and Facebook is filled with videos of The Live Love Laugh Foundationâ€™s ad campaign, Dobara Poocho â€“ which carries the tagline â€œFoundation against depressionâ€. While Iâ€™m excited to see that we are talking about mental health more openly, the campaign has honestly been a mixed bag. In a country like ours, where depression is treated in temples, mosques and even considered a weakness, the attempt to be the Indiaâ€™s "first ever public mental health awareness" campaign is commendable. Which is why the depiction of depression and the attitudes towards the condition are deeply disappointing.

While the ad shows different emotions such as frustration, sadness and helplessness; the description of depression is oversimplified. Every mental health practitioner can vouch for the fact that no two clients with depression look similar. The ad breaks depression into sadness and withdrawal, manifested by crying. In clinical practice, depression is manifested in much more nuanced ways than this. For some clients, it manifests itself through severe body aches, fatigue, memory lapses, lethargy, anxiety, emotional numbness followed by an inability to cry. There are others who may show signs of irritation, anger outbursts or changes in sleep and appetite patterns, increased alcohol/drug consumption and even an impact on sexual drive.

My fear is that the ad misses out on all these cues, thereby limiting the understanding of what depression is. We donâ€™t want to move from a space of stigma to another where we create a stereotypical impression of depression. In my 12 years of work experience as a psychologist, I have seen many clients who are high functioning, cheerful at work but have sleepless nights, hopelessness and severe suicidal ideation. Although they seem to pull off their social faÃ§ade, they may be crumbling from within on a daily basis. My concern is that the ad is not able to address these realities and the agony associated with the illness. 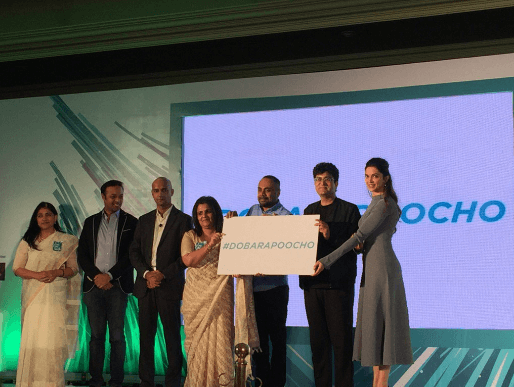 What was praiseworthy was how the ads looked at depression across different age groups (teenager, young adult, middle aged adult and a senior citizen) and both genders. Also, the caregivers shown cut across both genders, moving away from the traditional nurturing role which is assigned only to women.


However, in the ad which is about the father and son, the tone used and body language are discomfiting. The conversation seems to be tilting towards a power hierarchy and there is an absence of empathy. The choice of words, compassion and sensitivity could have been better woven across these various acts.


Although the campaign, comes from a space of helping people develop a greater sensitivity to depression, what they missed out is how depression saps away energy and often people are not in any state to articulate their concerns. Acknowledging the agony of those struggling with depression is the first step in creating empathy and reaching out.