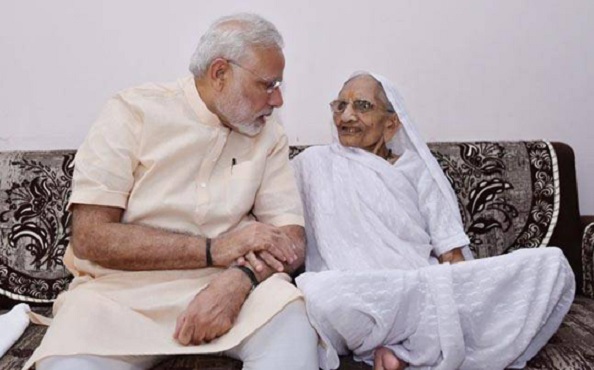 We grew up with different values and respect for elders. No family/friend would have ever pushed his mother to stand in a queue. #Shameless

One of the least attractive things about Modi is how he seemingly uses his elderly mother as a political prop https://t.co/bMOiSSfYOn