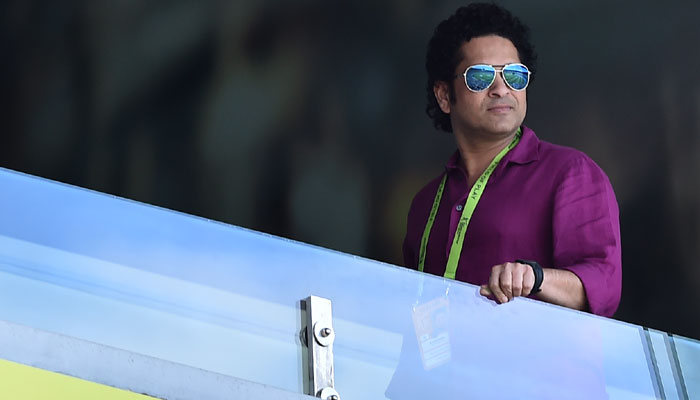 On this day, 21 years ago, Sachin Tendulkar scored his first One-Day International hundred, to start a record setting spree. After 76 ODI innings of disappointment, the batsman in Sachin needed such a moment to finally unleash the legend. On that fateful day, Indian skipper Mohammad Azharuddin won the toss in the third match of the 1994 World Series against Australia at R Premadasa Stadium, Colombo. And opted to bat first. The day-night match proved Sachin's lucky outing and he went on to score 110 runs from 130 balls with the help of eight fours and two sixes. Besides the path-breaking hundred, the knock will also be remembered for the manner in which Sachin took on the Aussie bowling attack comprising Craig McDermott, Glenn McGrath and Shane Warne. Sachin reached his fifty in 43 balls and established a 87-run opening stand with Manoj Prabhakar, then built the innings together with Navjot Singh Sidhu and Azharuddin before a McDermott beauty cleaned bowled him. India won the match by 31 runs and qualify for the final. Another important expect of the innings, was his rivalry with Warne, which later became a legendary stuff. In one over, Sachin hit the spinner for two sixes and virtually took the Aussie out of the attack. It's worth mentioning that before that match, Sachin had already scored seven Test hundreds but the lack of a ODI hundred was beginning to define his career -- a failure. Once the shackle was broken, as the record stands today, scoring hundreds became his favourite pastime. And that was long before the world talks about hundred 100s.