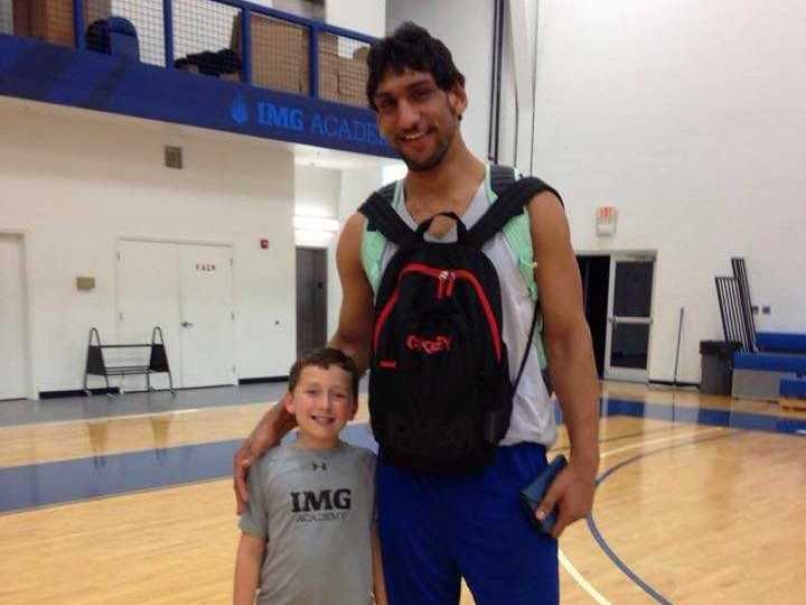 The National Basketball Association (NBA) is the eminent menâ€™s professional basketball league in North America. It is widely considered to be the premier menâ€™s professional basketball league in the world, and being a part of the NBA league is one of the best things that can happen to any budding sportsman. NBA League didnâ€™t have any Indian in their team so far. But, Satnam Singh Bhamara, hailing from a remote village in Punjab, made history when he became the first Indian to be drafted into the NBA league. Yes, an Indian got selected! He was selected by the Dallas Mavericks in the 2015 NBA Draft. Satnam Singh has been passionate about basketball since the time he was 12 years old. After two years, he moved to Florida where he has been honing his skills for this game at the IMG Academy. Now, he is 19 years, his height being 7â€™2â€³ and weight â€“ 290 pounds. A lot of people have been asking him about his joining there. To which, he replied, â€œItâ€™s not easy. You work hard, then you go play in the NBA. Itâ€™s not easy for anyone.â€ He also reflected that the scenario of this game has changed a lot in India in the last 2 -3 years. He said, â€œIndia is a lot better now, A lot of NBA coaches are over there training in Bombay, Delhi and Punjab â€“ my state â€“ too. Itâ€™s gotten a lot better in the last two years, three years. Itâ€™s (very) popular over there.â€ Seems like, Indians are making it big in the field of sports. And this is a welcome change. Itâ€™s nice that people are looking up to another sport besides Cricket. Well done Satnam Singh! India is really proud of you.