Thank You Bollywood For Standing Up For Sunny Leone. This Is A Step Towards A Tolerant India 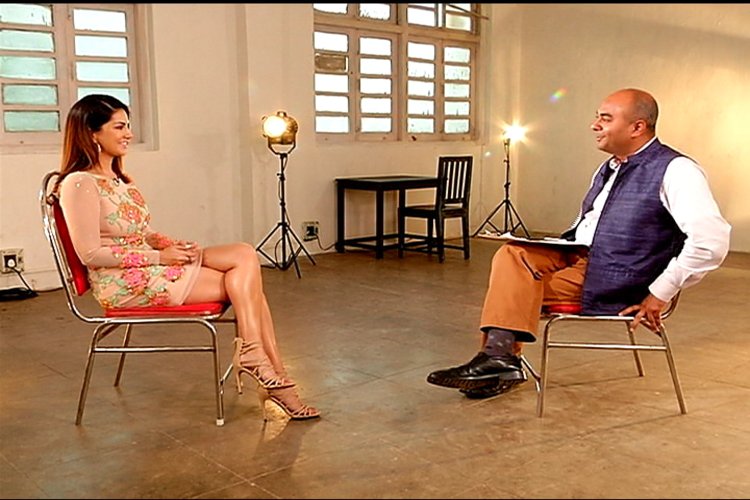 A few days ago, Bhupendra Chaubey invited Sunny Leone on his talk show The Hot Seat and was consequently shot down by everyone for his judgemental outlook on the actress. We've all talked about it and said what we had to about the journalistic mishap that is Mr. Chaubey. In the past, eminent personalities (very eminent ones) have been seen leaving in the middle of an uncomfortable interview. Sunny not only stood her ground but also outclassed Bhupendra Chaubey in ways he didn't know existed. Source: IBNLive While we stand by Sunny Leone on her career choices, it's also heartening to see how Bollywood has come together in support of the actress. Now, Bollywood is known for a lot of things. Standing up for someone hasn't always been one of them.

While Arjun Kapoor, Anushka Sharma and others came to the actor's aid, a seasoned Bollywood actor and professional kaleshi lauded her guts.

Very unfair& rude interview with Sunny Leone on CNN IBN.She is taking it on her chin sportingly,obviously in the interest of her coming film

Yes, she's talking to Sunny Deol. No, that's not Dharamji under a fake account.

Thank God for social media, misogyny and receding hairline no longer have the luxury of going unnoticed.

What moistens us is the fact that India has really REALLY come of age.

We are finally standing up for the right causes. This is a country that paid to watch Govinda dress as a woman.

"Choli ke pichhe kya hai" was our go-to haww song. We lost our shit when Aamir kissed Karishma in Raja Hindustani. From that to standing up for someone with a "past" (Chaubey's words, not ours), we've come a long effing way!

We're no longer just bystanders, not on the Internet at least.

When all dust settles and all damage is done, India stands tall.

Your average Indian is no longer a slave to his needs. He speaks his mind and stands up for what he believes in. Whether it's Bhupendra Chaubey or Sunny Leone, we're all entitled to exactly the equal number of rights.

If one of us screws up, the rest of us will be sure to unscrew it. You've learnt that the hard way, haven't you Mr. Chaubey?