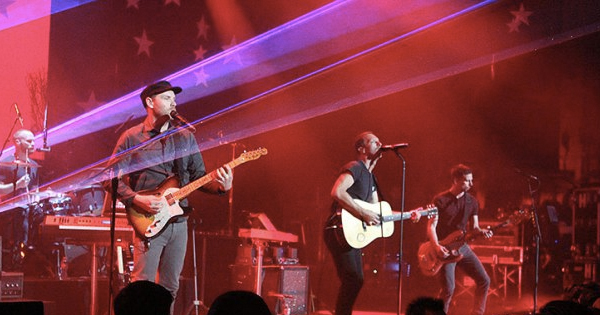 When news of the Paris attacks broke on Friday night in Los Angeles, Coldplay were preparing for a concert at the Belasco Theatre. Sources close to the band claim that upon hearing the sad news, the band had originally planned to cancel the event. But they went ahead because people had travelled long distances to watch them perform. Source: Kroq