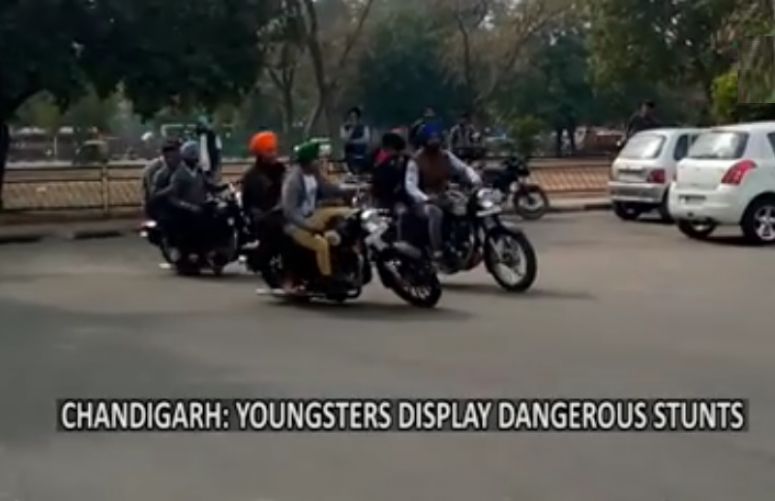 Valentine's Day is around the corner and it seems like testosterone levels are hitting the roof in Chandigarh. As reported by Times Of India, Geri Route is seeing city youth perform dangerous stunts like wheelies on bikes or hanging out of the car while drifting. And they are reportedly doing this to impress girls.

The set of roads has seen a surge in the number of youth as the 'day of love' approaches and the traffic authorities still haven't taken any strict action against them. It remains to be seen if the problem persists even after 14th February and what kind of incident does it take for the authorities to spring into action.