These Pensioners Sent A Taunting Letter To Modi. Alas The PMO Did not Get The Sarcasm 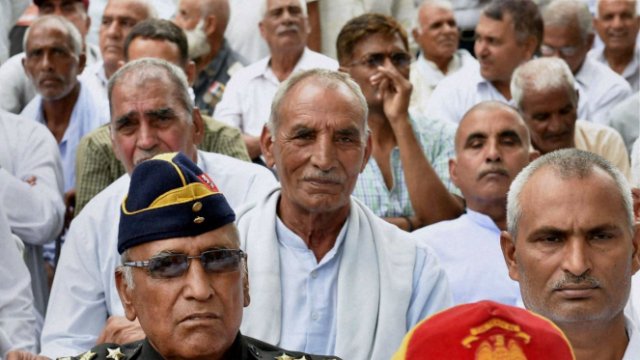 A group of senior citizens recently wrote a taunting letter to the PMO with a donation of Rs 1,063 to sensitise them about the meager amount they receive in the form of pension. Guess what, the PMO sent them a 'thank you' note in response. The senior citizens seeking pension under National Social Assistance Programme (NSAP) receive Rs. 200 from the centre every month. To draw the government's attention to their low pension, a donation of Rs 1,063 was raised by over a hundred pensioners across 10 states by collecting their day's pension (close to Rs 7) and was sent to the PMO along with the letter that said the amount was raised hoping that PMO would appreciate their tyaag (sacrifice) and the money would be used judiciously, reports The Telegraph. Hoping to seek PM's empathy, the letter said: We deeply appreciate the fact that India has a PM who was once a part of the unorganised sector. As you would surely understand, Rs 7 a day today would not even fetch a cup of tea! The letter was intended to drag prime minister's attention towards the plight of elderly living below poverty line. The PMO, obviously did not get the pun intended, and responded with the 'acknowledgement' letter that read: "We acknowledge with thanks the generous contribution made to the Prime Minister's National Relief Fund. The Prime Minister appreciates this thoughtful gesture and conveys his gratitude. This valuable contribution will be of immense help in providing assistance to the persons in distress." For Delhi, Your Street Food Is Full Of Shit. Samples With Faeces Collected From CP, Rajouri, click here. These are the key points raised in the letter the PMO clearly chooses to ignore: The Centre had been giving each pensioner only Rs 200 a month since 2007. The pensioners have gathered outside Jantar Mantar during 16 parliament sessions to highlight the issue. Taking a dig at the pay and pension raises given to politicians and bureaucrats, the letter says "The government has several priorities but the unorganised sector which accounts for 94 per cent of the work force and farmers is not a priority for the government." "We do not see this callousness as that of the NDA government alone. We petitioned and protested before the UPA government many times, but even limited promises were not adhered to." the activists said in a fresh letter on Friday.