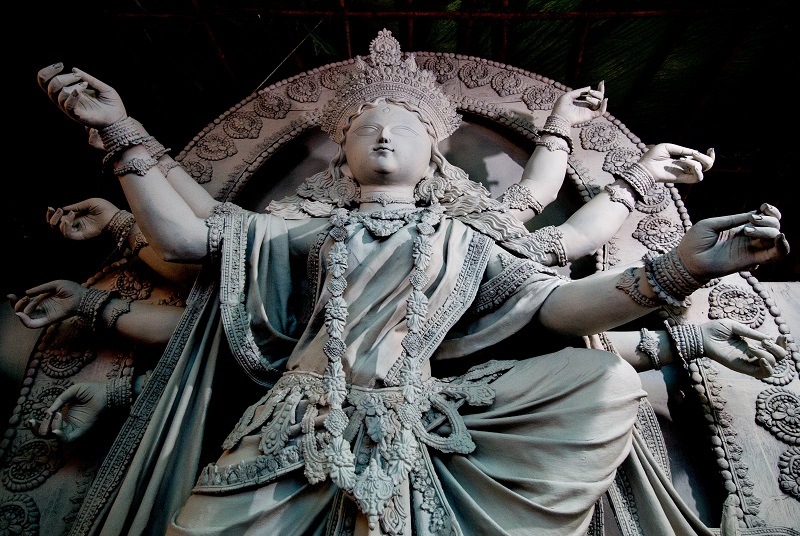 The monsoons making way for a soothing breeze, the sight of 'kaash phool', the sudden appearance of towering advertisement hoardings all over the city and the splattering of innumerable garment stores throwing 'too good to be true' offers, all this and yet so much more, mark the arrival of Durga Puja, popularly called Durga Pujo among the Bengalis. It lasts for just four days but for those who have been a part of these celebrations in Kolkata itself, would tell you how it stays with them for a lifetime. Essentially, the festival celebrates the victory of good over evil but for a Bengalis, it is more and beyond. It is the homecoming of Maa. Come Pujo, the finest artisans from all around the countru are found at the craftsmen's haven, Kumartuli, to bring their favourite deity to life. With more than 4000 craftsmen housing in over 500 workshops in those bylanes, Maa Durga along with her children are moulded with extreme devotion and care. Not just in Kolkata, from past few years even Chittaranjan Park, the capital city's Bengali hub has a band of idol makers who move in from Krishna Nagar to make idols for the festival. As I write this, there would be thousands of craftsmen lending their final touches to the deities which are awaited by everyone. These pictures below will give you an experience of how Maa Durga comes to life.

Artisans gather soil from Sonagachi (the largest red light area of India) and mix it with clay that is used for sculpting Maa Durga. It is believed that the soil of Sonagachi is pure and holy, as the men entering the area leave behind their purity and virtue. 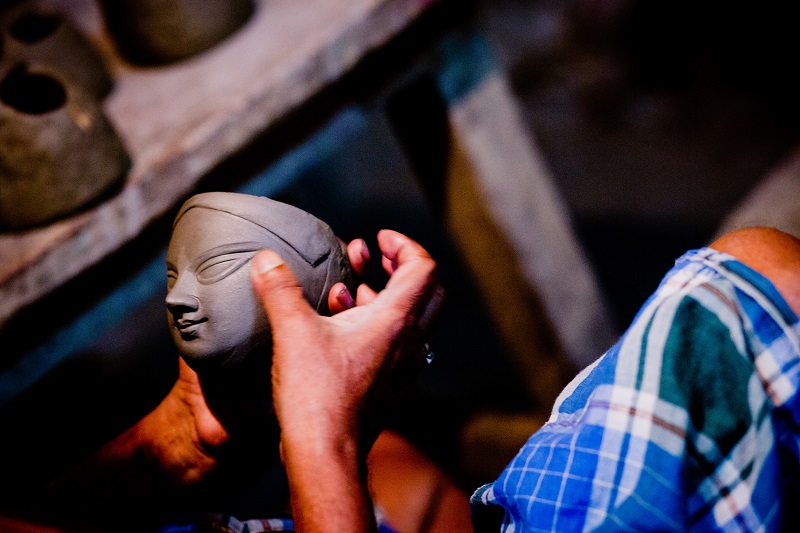