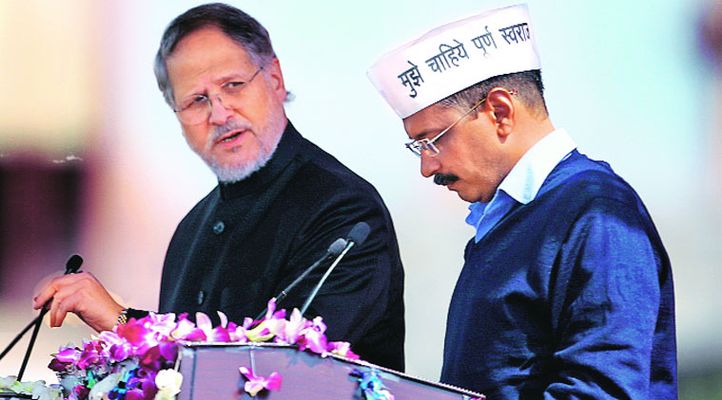 It all started on February 14, 2015 - well technically it started the year before, but we'll let that slide - Arvind Kejriwal was sworn in as Chief Minister of Delhi. The series of events started with allegations of "attempts" to buy Congress MLAs, there was a farmer who committed suicide, war within the party took centre-stage, not to mention the war with the media. It has now boiled down to an ugly spat with the central government. In the mean time, the government also launched a corruption hotline. The government's first 100 days in power, which finished on May 24, have not been as fruitful as they'd have imagined. AAP came thumping in with a historic mandate, but have accomplished little to nothing with it. The current battle the AAP is fighting began with the appointment of an Acting Chief Secretary. The Lieutenant Governor, Najeeb Jung, appointed Principal Power Secretary, Shakuntala Gamlin, to the post, despite opposition from the Delhi government. This resulted in a full scale war between Arvind Kejriwal, Najeeb Jung and the central government. At the centre of the issue is statehood for Delhi, which if achieved, has the potential to change the political climate in Delhi forever. Source: Indian Express

Almost immediately after Kejriwal was sworn in, a controversy broke of a purported sting operation. Rebel leader Rajesh Garg was seen as alleging that he had masterminded a scheme to purchase Congress MLAs. This was followed by a very public fallout between Kejriwal and founder members Yogendra Yadav and Prashant Bhushan. They were expelled from AAP for anti-party behaviour. Resulting in the opposition criticising Kejriwal for being dictatorial and "Stalinist" in his leadership style.

After almost every such incident, what followed was AAP laying the blame on the media. This eventually culminated in an all out battle with the media, with Kejriwal ordering his officials to file cases against the media if they published or aired defamatory news. Even though the Supreme Court disallowed this order, Kejriwal appeared as a detractor of free press.

Meanwhile, the death of a farmer at an AAP rally at Jantar Matar on April 22 against the Narendra Modi governmentâ€™s Land Acquisition Ordinance sparked a fiery debate on the agrarian crisis in the country. The 40-year-old farmer from Rajasthan committed suicide during the rally, eventually leading to a blame game. The BJP blamed AAP for not stopping the suicide and continuing the rally. The AAP held the Delhi police responsible and claimed they remained mute spectators.

To mark their 100 days in government the party has organised a 'Jam Samvad'. It will be held on May 25 at Central Park in Delhi's Connaught Place. The area around the park has been closed down for the day.

The AAP government has had its fair share of ups and downs, as well as a great deal of embarrassment. Which was further exasperated when law minister Jitender Singh Tomar was accused of having a fake law degree by the very college he claimed to have studied at. It would be fair to say AAP has not enjoyed a successful first 100 days. Hopefully the next 100 will prove to be more beneficial for them as well as Delhiites, who by now are beginning to question why they voted for this party in the first place.

Gajendra Singh the farmer who committed suicide at the AAP rally | Source: drishti.co 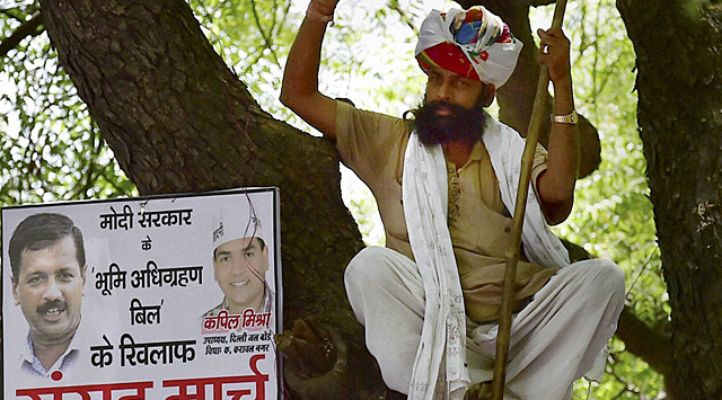