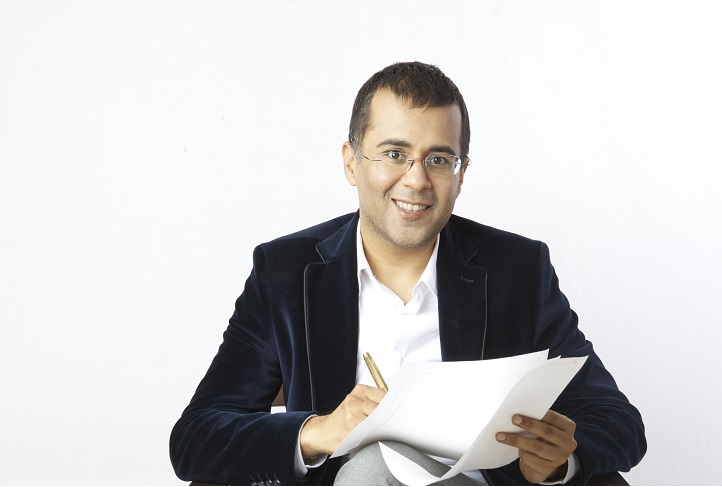 So how exactly would you define an Indian liberal? If you're Chetan Bhagat this is how: a person disdainful of Indian culture, languages and Hinduism, and in a bubble with the upper classes, looking down on others. The author, who last made headlines thanks to his tweet on historians, writes in the Times of India that liberals aren't the "free-thinking intellectuals" they claim to be. He claims they're are actually a privileged bunch thanks to a combination of money and exposure to English-medium education. This in turn, Bhagat says, allowed them to "blend in" with upper classes and get access to better jobs. They then created a 'bubble' for themselves from which they looked down on regional languages and Hinduism among other things. But then came economic progress and with it the rise of the "talented kids". The talented kids weren't privileged but managed to get the big jobs. The "talented kids" didn't look down anything Indian, and according to Bhagat, now constitute the fresh class of "proud nationalists". But the "privileged kids" weren't done. They hit back by re-branding themselves as liberals. Bhagat says that they now spend their time selectively Hindu fundamentalism and turning a blind eye to Islamic fundamentalism. According to Bhagat, the liberals merely want to look down on others who don't have the "global culture advantage". He believes that if Modi and Amit Shah had studied in Doon School or studied abroad, these "liberals" would be kinder to them. The author believes that India does need a class of "real liberals" who will come up with ideas that are "inclusive for all Indians". And he has some advice for them. "Hating Modi is not going to solve anything. Neither will looking down on the less privileged and their desires and aspirations. Instead, come up with ways in which Indian society can truly change," he says. "If you are planning to become a liberal, be solution-oriented, truly open-minded and anti-elitist. Sipping tea from fine china cups is optional (and totally fine, of course)," he says.