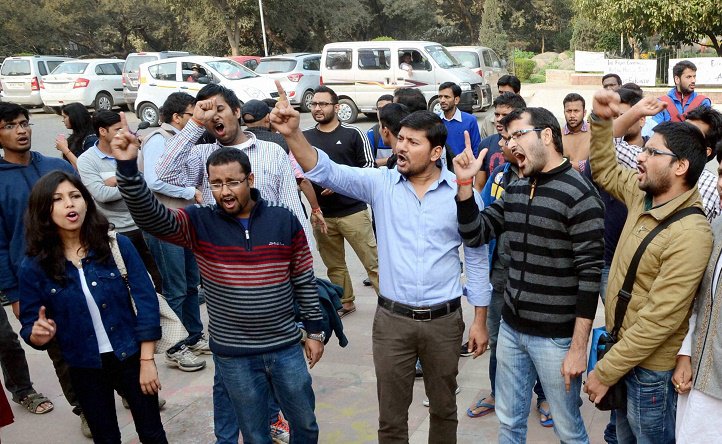 You filed the first FIR in the case. How did that happen? When I saw the footage of the anti-national slogans that were been chanted in the JNU campus, I spoke to students there. And when I found out that these slogans had been used I was surprised that in the capital of this country slogans like "Pakistan Zindabad", "Bharat tere tukde hazaar honge", "Bharat ke barbaadi tak jung jaari rahegi". And Afzal Guru who has been declared a terrorist, on whom the Supreme Court has passed verdict, and has been hanged is being given the title of martyr. And there were slogans like "How many Afzals will you kill, There will be an Afzal from every house". There were slogans like Kerala wants azaadi and that India will be split into a thousand pieces. I felt this was a major threat to the nation and called the police station to ask if there was any FIR filed in this matter and I found out that they hadn't. I may be be an elected representative, but I am first and foremost a citizen of the nation and a patriot, so for me the nation comes first. So I went straight to the police station and filed a complaint which was made an FIR. We have asked that those who raise slogans seeking the splitting of the country, they should be arrested and there should be a case of sedition against them. This will never been tolerated. I will not tolerate anti-nationalism. And why should I? I survive on this country's air, water and earth and I should allow such anti-national powers to grow in this country? I will not. Such powers shall be thrown out of the country, we will raise our voices against such powers, This country that we call Bharat Mata and has given us employment, family, facilities and I can never tolerate such slogans. That is why I have filed an FIR. Every one of the 150 crore people in the country have their own responsibilities and if something happens then they should raise their voice and in this case I have done so.

There are many who have said the charge of sedition applied on the students is too harsh. What do you have to say?

If you see in this case they are being called 'bacche' to be let off the hook. They say children make errors. But those children, those students who have 25, 26 years of age they have the understanding to make their careers. And the biggest fact is that they know that these slogans are anti national. So will you call this knowledge ignorance? Of course not. They fully know what they are doing.

This battle, this war, is not against JNU but against such students who support anti-national activities, talk of breaking the nation. This is society's battle and everyone will have to stand up, get out on the streets and say "Bas ab main nahin seh sakta." I can't tolerate "Pakistan Zindabad". I can't tolerate "Bharat tere tukde hazaar honge". These are statements made to break the country. 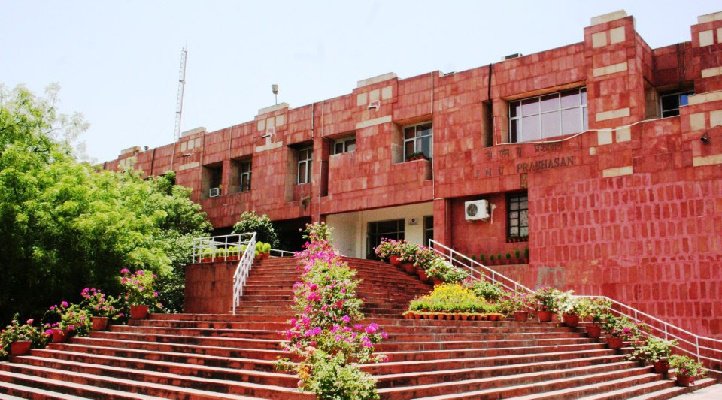 Do you think that the action taken is enough?

There are a lot of exposes taking place in this case. After these arrests and the future arrests that will be made, their links will slowly emerge. First it was believed that just kids had done it. Once the arrests began it has become clearer whose hand is behind this. First it began emerging that terrorist organisations were behind it. Today it has emerged in the media that they have links with Naxalism. I feel there will be serious exposes in the matter and it will startle the nation.

Is it that that there are sleeping (sic) cells operational? Are there any underground activities taking place? Is this becoming a threat to the nation? I feel if we wait for some time and there are proper investigations then a lot of things will be revealed.

There are some who say that the Afzal Guru debate is among the things that should be discussed in the studies of humanities. What is your view?

Till that point everyone had the freedom to debate it. The supreme power is the Supreme Court and when it has given this verdict then it shouldn't be a subject of debate. If it does, then it is unfortunate for the nation. 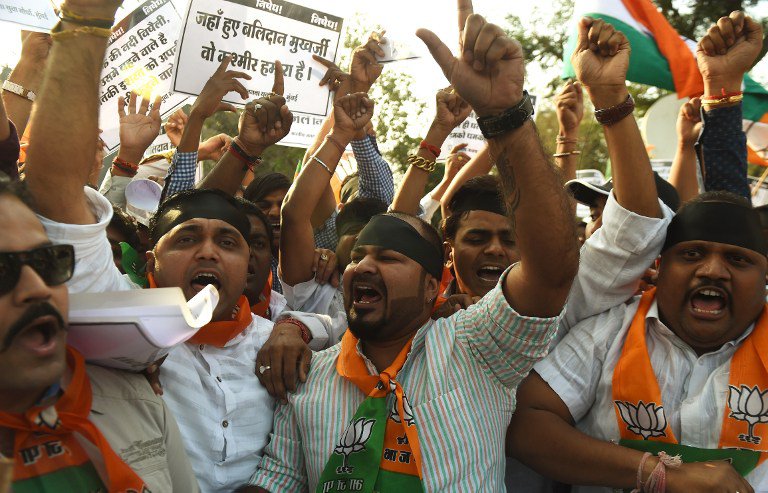