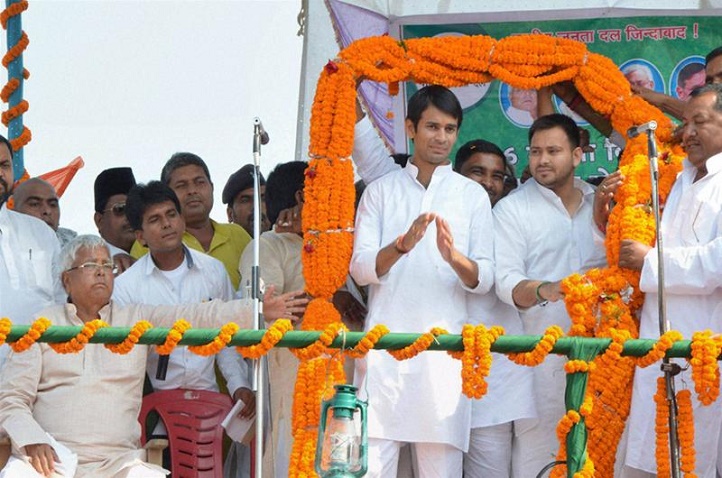 RJD president Lalu Prasad Yadav's younger son is actually his elder son. The affidavits filed by his two sons, who are marking their political debut, reveal that the elder son Tej Pratap Yadav is younger to Tejashwi Prasad Yadav by one year. Tej Pratap Yadav who has submitted his nomination from Mahua Assembly seat in Vaishali district, is 25-years-old. The affidavit filed Tejashwi Prasad Yadav shows him to be a 26-year-old. He is contesting from Raghopur assembly seat, also in Vaishali district. Lalu Prasad with sons Tejaswi Yadav and Tej Pratap at a rally. | Source: PTI Tej Pratap Yadav filed his nomination on Monday, October 5, from Mahua seat, while Tejashwi had submitted his paper on October 3. Other details in the affidavits of two sons show that Tejashwi is richer than Tej Pratap.