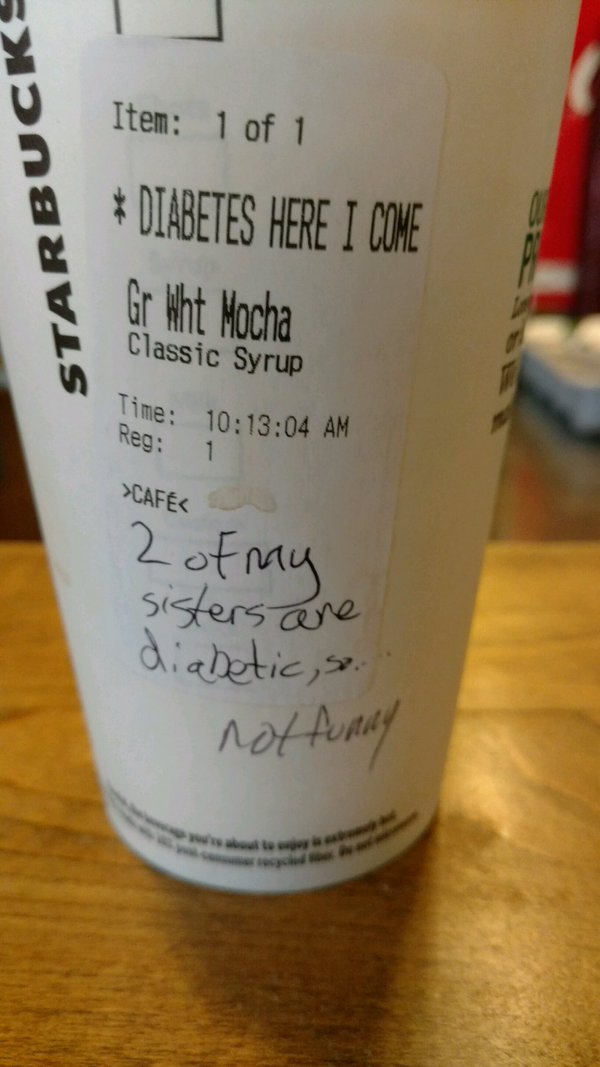 "Diabetes here I come", read the nasty comment on a customer's grande white mocha, which was ordered at a Starbucks cafe in Florida recently. The unidentified man was "taken aback" by the printed message and was extremely hurt as he has two sisters who suffer from diabetes. The man decided to lash out at the insensitive person and wrote back, "Two of my sisters are diabetic, so... not funny."

This @Starbucks customer tells me he wants the #Starbucks employee to know his sisters suffer from Type 1 diabetes. pic.twitter.com/lzmeAwLLdm

The man did not go to pick his coffee himself, instead, sent an employee to bring him one. But after reading the message, he personally decided to visit the cafe and return the drink that supported his message about his sisters medical condition. While speaking to Action News Jax, an American station, he said, "Seeing and knowing the struggle my sisters went through by third, fourth grade, it definitely struck a nerve, and I didnâ€™t just want to let it go." A Starbucks representative said that they were "disappointed" and were directly in touch with the aggrieved customer to apologize for the unfortunate incident.