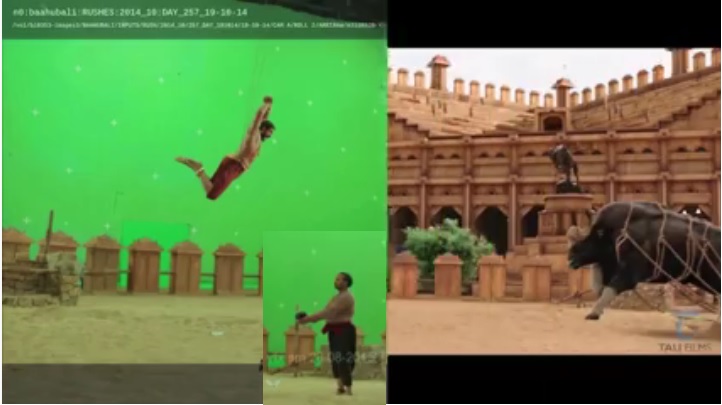 S. S. Rajamouliâ€™s magnum opus Baahubali turned heads and created milestones, that was evident by its record-shattering numbers that continued to rule for weeks. The actors, the animation, and the graphics had cast a spell that made this movie an extravaganza.

Ever wondered how Bhallaladeva fought the bull? With around 5000 VFX shots, up to 90% of Baahubali: The Beginning is...

Posted by Baahubali on Tuesday, January 5, 2016

And in this video by Baahubali, and executed by the Tau Film team, gives you a glimpse of the Bhallaladevaâ€™s bull fight sequence and how it was shot to be converted into perfection.