Down HOWEVER, NOT Away. OPS Vows TO KEEP His FIGHT Sasikala & Family 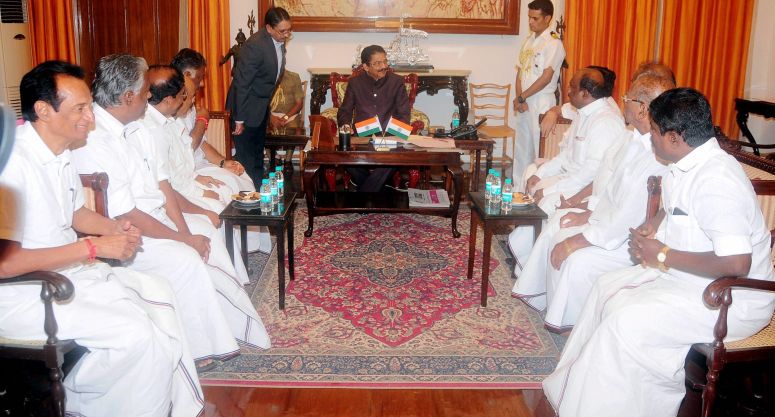 Outgoing Chief Minister O Panneersevlam on Thursday said his fight will continue against AIADMK General Secretary V K Sasikala and her family till the time J Jayalalithaa's regime is restored.

"Let us all together stop the party and government from going into the hands of a single family again. Let us form a people's government again in sync with the aspirations of people and till then this struggle will continue," he said.

Flanked by his party leaders, including former state minister K P Munusamy, he thanked his followers and people for supporting him. Panneerselvam, who had stepped in as stopgap Chief Minister twice when Jayalalithaa was alive, said, "We will win this struggle with the support of Amma's followers".


We'll continue with our 'dharm yudh' until Amma's rule is established: #OPanneerselvam pic.twitter.com/a3drOP2ont


In a press release later, in an apparent reference to his breaking ranks with Sasikala on February 7, he said, "We started a struggle to see that AIADMK does not become a property of a single family." He said he also chose to rebel with an aim of ensuring that "Amma's regime does not become a government to guard the interests of a family by diverting from its path of people's welfare".


Stressing that people and party cadres gave huge support to his "struggle," he said people were agitated that a government is being formed only on the basis of "number of legislators forcibly confined (at a resort)". He said the action to install such a regime was without understanding the feelings of the people and party workers.