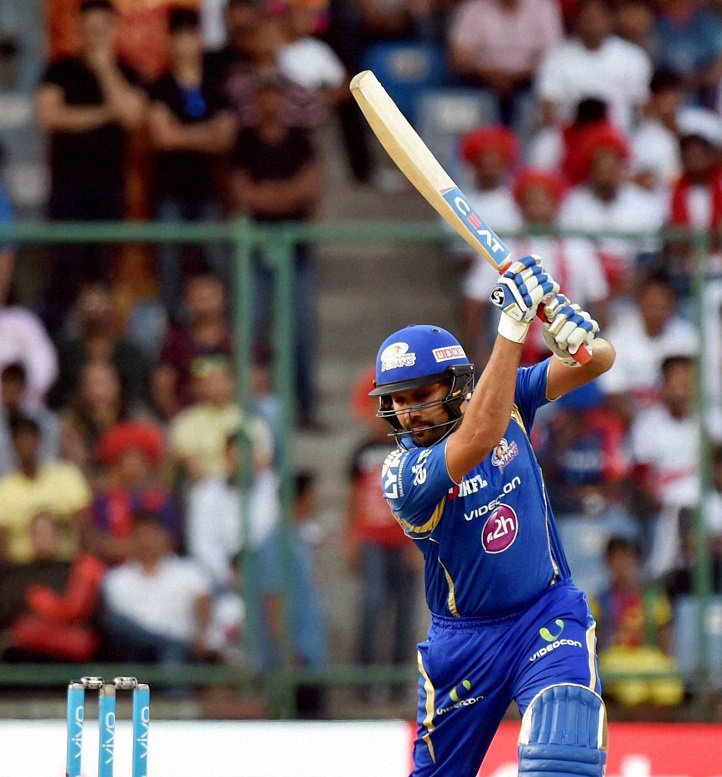 Rohit Sharma played a captain's knock and struck an unbeaten 68, while Kieron Pollard smashed 51 not out in just 17 balls to power defending champions Mumbai Indians to a comfortable six-wicket win over Kolkata Knight Riders in an Indian Premier League match, here today. Rohit, who made 84 not out when the teams met in the first leg clash at Kolkata, continued to be the thorn in KKR's flesh while Pollard took the game away with his whirlwind knock that contained six huge hits over the fence and two fours. Rohit put on 72 runs in 30 balls for the unbroken fifth wicket with Pollard, who belted three sixes each in two overs as MI chased down the competitive score of 174 for five with two overs to spare. Rohit had earlier put on 59 runs for the second wicket with Ambati Rayudu (32) to lay the platform for the mayhem that followed with Pollard hammering a string of towering sixes, including the winning hit off the hapless Jaydev Unadkat to finish off the match in brutal fashion.