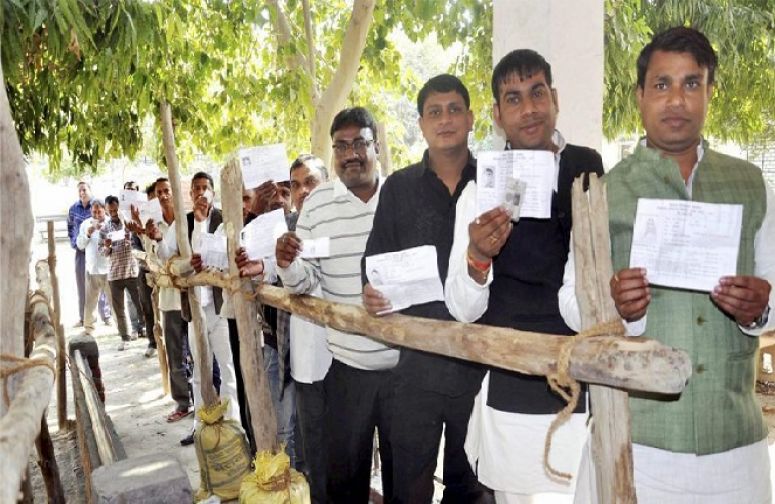 The Election Commission (EC) on Monday asked poll officers in 15 districts in Uttar Pradesh, where the first phase of polling was held on Saturday, to book editorial heads of media group Dainik Jagran for violating the code of conduct by publishing an exit poll.

The poll panel directed the district election officers to immediately file FIRs against the managing director and other authorities of Resource Development International (I) Private Limited (RDI) and Dainik Jagran, including the managing editor, editor in chief, editor or chief editor of the Hindi language newspaper.

The EC also asked the district officers to file a compliance report by the evening.

Media houses are barred from publishing or broadcasting exit polls so that the results do not influence voters and the violation is punishable by a jail term and a fine under Section 126 A and B of the Representation of the People Act.

The publication of exit poll results by Dainik Jagran is in “clear violation of Section 126 A and B of the Representation of the People Act and willful disobedience of lawful directions of the EC under Section 188 of the Indian Penal Code,” the commission said.

“Section 126A is punishable by imprisonment for a term up to two years or with fine or both. Section 126B provides that if the offence is committed by a company, every person who is in charge of and is responsible for the conduct of the business of the company shall be deemed to be guilty of the offence and face punishment,” it said.

In the case of Dainik Jagran, the poll panel noted that it quoted an RDI exit poll that put the Bharatiya Janata Party (BJP) in the lead at the end of the first phase of elections in the state.

Assembly election in the high-stakes state are spread over seven phases and polling to 73 assembly seats across 15 districts was held on Saturday.

Polls have concluded in Goa and Punjab and will be held in Uttarakhand and Manipur. Exit polls are banned till the last of the votes are cast on March 8.