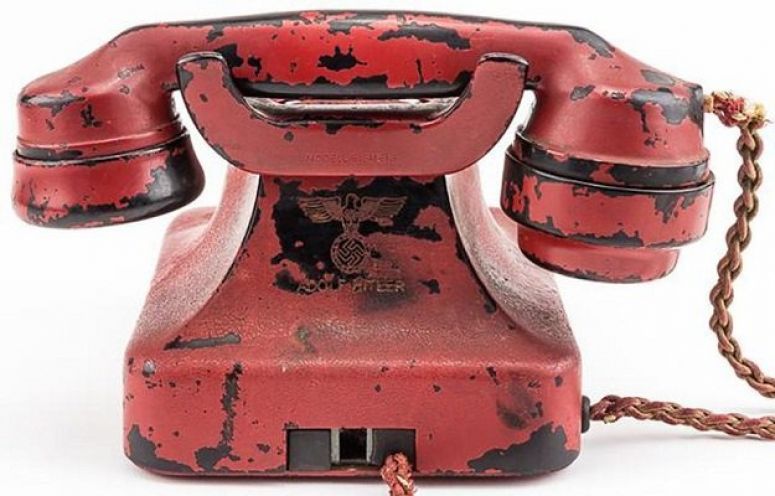 Adolf Hitler’s personal telephone, which the Fuehrer used to dictate many of his deadly World War II commands, will hit the auction block this weekend, the US house selling it announced.

Originally a black Bakelite phone that was later painted crimson and engraved with Hitler’s name, the relic was found in the Nazi leader’s Berlin bunker in 1945 following the regime’s defeat.

Auction house Alexander Historical Auctions estimates its worth between $200,000 and $300,000.

On Sunday, the company, located in the eastern US coastal state of Maryland, will auction off more than a thousand items — including the Siemens rotary telephone embossed with a swastika and the eagle symbolic of the Third Reich.

Alexander House dubbed the phone — which Hitler received from the Wehrmacht, Nazi Germany’s armed forces — as “arguably the most destructive ‘weapon’ of all time, which sent millions to their deaths.”

It said Hitler used it to give most of his orders during the last two years of World War II.

Russian officers gifted the device to British Brigadier Sir Ralph Rayner during a tour of the bunker shortly after Germany’s surrender.


Rayner’s son inherited the phone and is selling it, its paint now peeling to reveal its original synthetic black resin surface.

Andreas Kornfeld of Alexander House told AFP estimates are set based on a number of factors, including “rarity and uniqueness,” with the expectation that sale prices will exceed opening bids.
“It would be impossible to find a more impactful relic than the primary tool used by the most evil man in history,” the auction house said in a statement. “This was not a staid office telephone.”


“This was Hitler’s mobile device of destruction.” 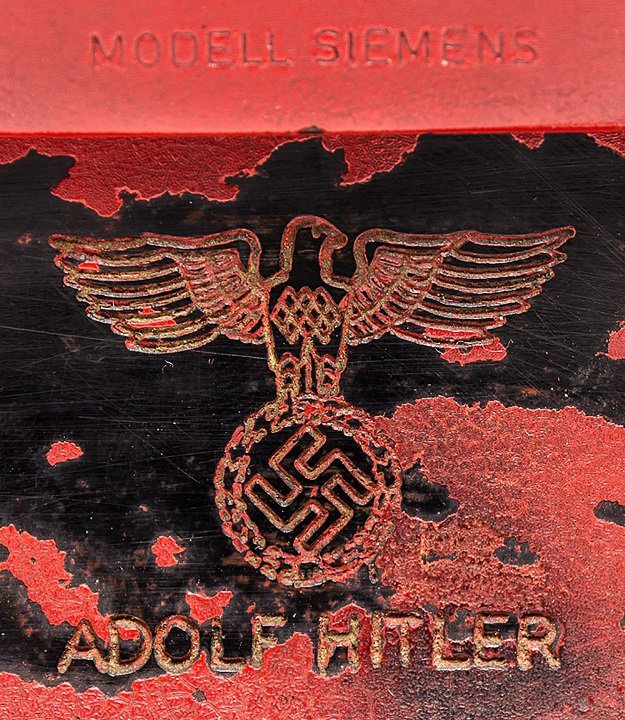