John Cenaâ€™s Nose Gets Smashed, Thanks To A Seth Rollins Knee 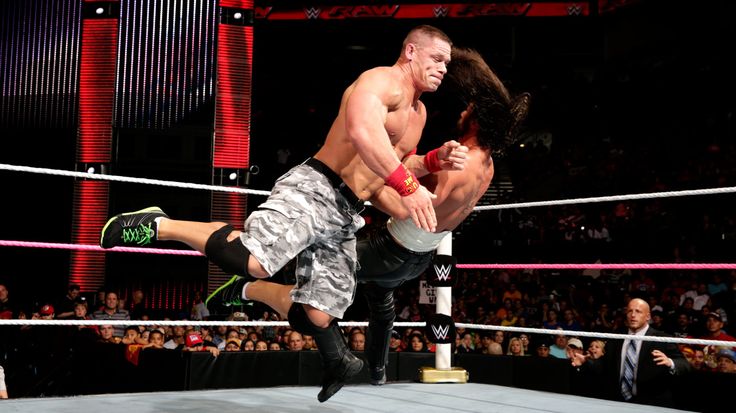 "STOP THE PRESS! JOHN CENA BROKE HIS NOSE!" Umm, what? Yes, the WWE superstar got his nose shattered by a devastating jumping knee from fellow "wrestler" Seth Rollins. During a match against Rollins on Monday Night Raw for the United States Championship, Cena took a knew directly to his nose. Seeing how WWE matches are scripted, there's a good chance something seriously went wrong with the execution of the move. However, Cena being who he is, (read - the WWE script being the inflexible text it is) turned the match around and won it in the end. But a knee to the nose is still pretty nasty. A ring side commentator even said - "John Cena's nose is in the side of his face." Here's how it went down.