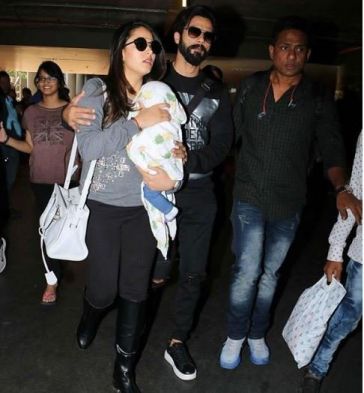 Just a few days ago, Shahid Kapoor had told the press that he will soon be sharing his daughter, Misha's photos with the world. While he was more keen on doing it on a special occasion. Looks like everyday is a special one with his bundle of joy.

Shahid and Mira tied the knot in July 2015. The couple welcomed their first child together on August 28, 2016.

On the work front, the actor is gearing up for the release "Rangoon," his third collaboration with filmmaker Vishal Bhardwaj. The movie also starring Kangana Ranaut and Saif Ali Khan will hit theatres on February 24.