In perhaps the strangest incident so far, an SBI ATM in Delhi was reportedly dispensing fake Rs 2000 notes and even a policeman who went to verify the complaint got one such note.

Among the labels on the notes included 'Childrens Bank Of India' and 'Churan Lable' instead of Reserve Bank of India. The text on the notes also said: "I promise to pay the barer of the note two thousand coupens" instead of the typical text.


The Hindustan Times reported that the fake notes were first withdrawn by an individual working in a call centre in south Delhi on February 6.


A police official who went to verify his complaint also withdrew a note from the ATM in Sangam Vihar which was also a similar fake, reports NewsX.

The fake notes of this kind are available on e-commerce sites and are clearly marked as imitation notes and are being sold purely for entertainment purposes.


It isn't presently known at what stage the real note was replaced with a fake one. State Bank of India is reportedly investigating the matter to figure out how the fake notes were dispensed by the ATM.


This isn't the first such problem with the new notes that were introduced in November 2016 after the demonetisation of the older Rs 500 and Rs 1000 notes.
In January, farmers in a Madhya Pradesh village reportedly received Rs 2000 notes from a bank that didn't have the image of Mahatma Gandhi on them. However, while the bank replaced them, they were legal notes and were cited as being printing defects.


There have also been reports that despite the fact that demonetisation of the old notes was carried out to end the circulation of fake currency notes, there are new counterfeit Rs 2000 notes that have many of the original's features. 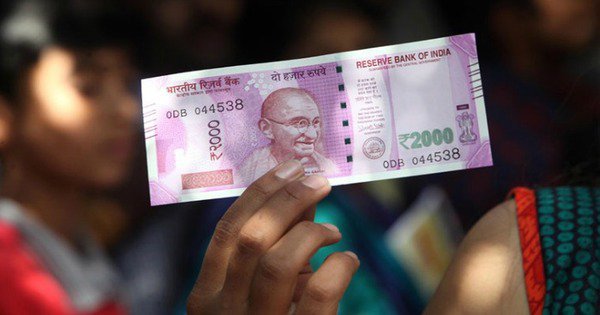