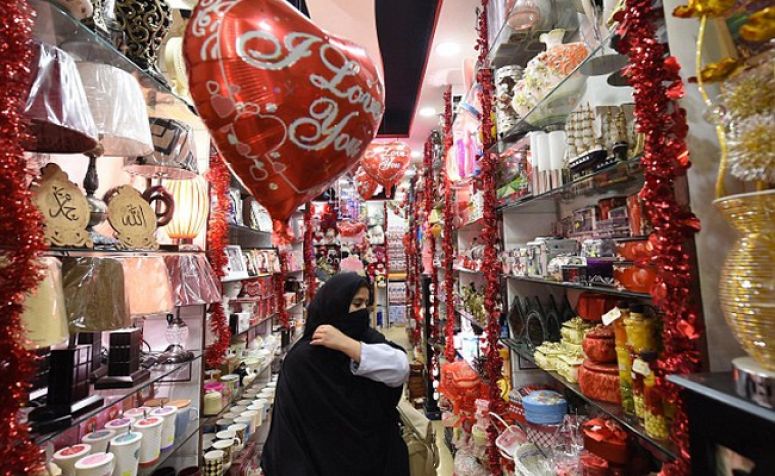 A day before the world celebrates love on 14 February, the Islamabad High Court on Monday prohibited Valentine's Day celebrations in public spaces and government offices across the country 'with immediate effect'.

According to a report in Dawn, print and electronic media have been warned to "stop all Valentine's Day promotions immediately".


Not just that, Pakistan Electronic Media Regulatory Authority (Pemra) has also been ordered to monitor all mediums and send out notifications banning any related promotions.

The order by court came during a hearing of a petition submitted by citizen Abdul Waheed, who argued that promotions on mainstream and social media for Valentine's Day are "against Islamic teachings and should be banned immediately."
Valentine Day has been controversial in Pakistan and every year zealots of religious parties try to terrorise the youngsters celebrating the day.

The Valentine's Day activities have often been disrupted in the past in the Muslim-majority country by the supporters of hardline parties like Jamaat-e-Islami.

Muslims rally against Valentine's Day in Karachi, Pakistan, because originated from a Christian saint pic.twitter.com/CeL0H6AQim @TarekFatah

But it is for the first time that a high court banned its celebrations.

Only a small minority in the conservative country openly observe the day and that too in the big cities. Last year, President Mamnoon Hussain had also urged the nation not to celebrate Valentine's Day and said that it has no connection with the country's culture and should be avoided. He had urged the people to maintain Pakistan's religious and national identity.

After the court's order, this is how people from both India and Pakistan registered their anger on Twitter:

Since when did #RSS start dictating terms to #Pakistan supreme court?Islamabad bans #ValentinesDay  ????! Now this is Bromance.. #superlike #fb

#Islam ain't love?
If it is, remove ban on #ValentinesDay in #Islamabad #Pakistan
The judiciary acts like judicial but it ain't judicious

@dawn_com That is the true face of Pakistan. Not that it doesn't have liberals, but that their voice is too easy to shut off (2/2)


Why non issues are priority in Pakistan? If you don't want to celebrate Valentine's Day don't do it, let people decide what they want to do

Let people live whatever way they want to live.
Don't suppress their liberties and rights to enjoy life.#ValentinesDay banned in Pakistan https://t.co/uYC2V6p1D0