Protests by Ola, Uber drivers could spread to other parts of India 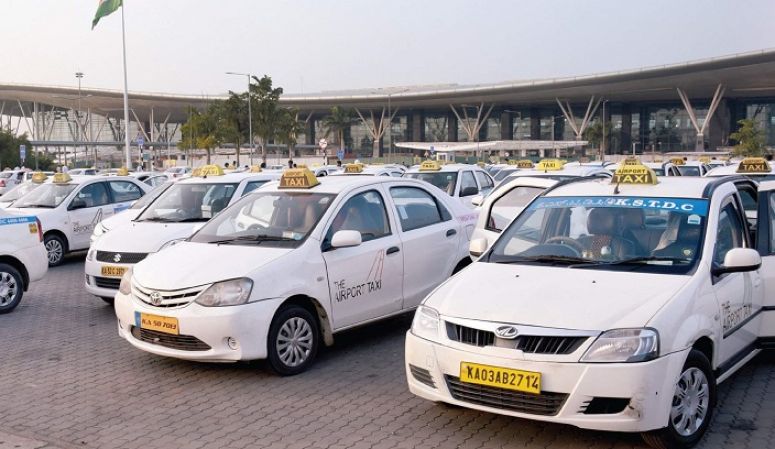 Thousands of drivers working with app-based cab aggregators Ola and Uber in Bengaluru, Chennai and Hyderabad said they will join the  ongoing strike strike called by their colleagues in Delhi and the National Capital Region on Tuesday.

The cab drivers in the national capital are protesting against slashed incentives, increased commission rates, declining number of rides, long working hours and decreased earnings among other issues.

Drivers have also complained about the increase in the number of Ola and Uber cabs over the years, reducing their ride share. In 2014, Delhi transport department officials claimed that there were 30,000 vehicles officially registered as Ola or Uber cabs but unofficially this figure ran closer to 70,000 cars.

This has increased to almost one to 1.5 lakh cars with around 45,000 registered cabs today, according to the officials.

As these cabs went off the road in the Capital, Metro trains and buses were choked and auto-rickshaws were hard to find especially during rush hour on Monday.

An Ola official told Hindustan Times that the situation in the Capital was grave.

“Cabs are simply not available. We are monitoring the situation and will see what can be done. There are no plans yet to reach out to the drivers as a lot of their demands have already been heard which include insurance and all,” the official said.

At Jantar Mantar, where the two leaders of Ola Uber union from Delhi-NCR are on a hunger strike, a number of cab drivers joined the sit-in protest on the fourth day on Monday.

Ravi Rathore, vice-president of the Delhi-NCR cab drivers’ union, expressed his anger over the apathy of the companies as well as the government.

“Nobody has reached out to us yet. We won’t give up. It’s good news that drivers in other states are protesting too,” Rathore said.

Over 25,000 cab drivers in Hyderabad are planning to revive their agitation in protest against what they say is the stubborn attitude of Ola and Uber in resolving their demands.

The immediate provocation for the agitation was the death of an Uber cab driver M Praveen Kumar on Sunday night. He allegedly consumed poison on Saturday as he was unable to pay the monthly instalment of the loan he had taken from banks and died at Gandhi Hospital in Secunderabad.

Telangana State Cabs and Bus Operators Association (TSCBOA) president Syed Nizamuddin said Praveen, who hailed from Rasoolpura area in Secunderabad, joined Uber a few months ago after buying a Tata Indica car on loan from a private bank and was paying an equated monthly instalment (EMI) of Rs 27,000.

“For the last three months, he had not been able to pay the EMIs, as his income had drastically come down. He was not able to earn even Rs 20-25,000 per month,” Nizamuddin told Hindustan Times.

Praveen was allegedly given the impression by the Uber management that he would be able to earn around Rs 1 lakh per month, he added.