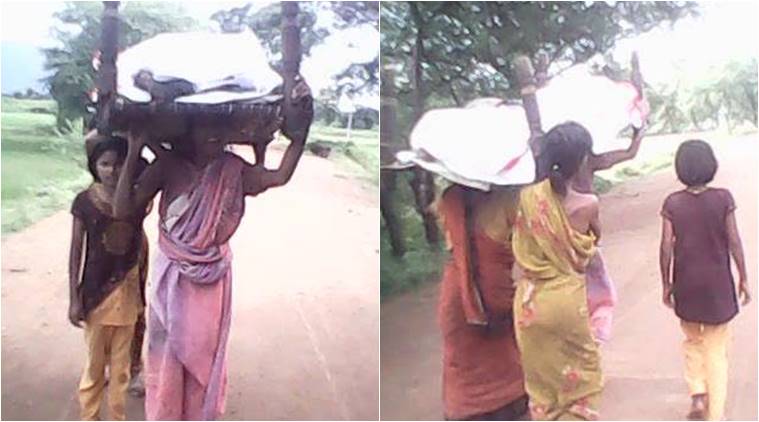 A month after Dana Majhi walked 10 km with his wife’s body on his shoulder in Odisha's Kalahandi district, another shocking incident has surfaced from the district. Four daughters of a widow were forced to act as pallbearers after no one came forward to help them. They put the woman's body on a cot and walked to the cremation ground. Not just that, they had to dismantle their house roof to arrange for wood to form a pyre.

As per a report in The Hindu, Kanak Satpathy, 75, died on Friday night after prolonged illness. Satpathy lost her husband a few years ago and was living with her four daughters - three of them were widows too and the fourth one was deserted by her husband. They were barely able to make ends meet and had resorted to begging, said a report in Indian Express. They were shunned by their neighbours for being beggars. After their mother died, the girls pleaded with their neighbours to help them with the last rites but they refused to help. The girls then placed the body on a cot and walked towards the cremation ground. They didn't have any wood for the funeral pyre so they dismantled the roof of their house to use the wooden beam. The state government has a Harishchandra Yojana scheme to provide assistance for cremation but no such help was given in this case.